DTK coming to the Bay Area!

BIG NEWS! - We're thrilled to announce that "Dying to Know: Ram Dass and Timothy Leary" will be begin it's official North American theatrical run in California's Bay Area. Please keep an eye out for additional cities to be announced.

A recollection and celebration of the lifelong friendship and spiritual connection between Ram Dass and Timothy Leary, DYING TO KNOW: RAM DASS & TIMOTHY LEARY is a CNS Communications release, runs for 95 minutes, is in English, and is not yet MPAA Rated.

DYING TO KNOW: RAM DASS & TIMOTHY LEARY centers on a 1995 meeting at Timothy Leary’s home shortly after he announced he was dying of cancer. When his long time friend and former colleague at Harvard University Ram Dass (nee: Richard Albert) visits him, the two embark on their last filmed conversation that explores their life-long friendship, divergent practices of Western science and Eastern thought, and passing creatively with joy and dignity as the final expression of a life and theories of what may exist beyond. Incorporating 80 years of footage, the film integrates their history of daring explorations into consciousness from their time as Harvard Professors, to their experiment in communal living at Millbrook, New York, to their published books including, The Psychedelic Experience and Be Here Now. 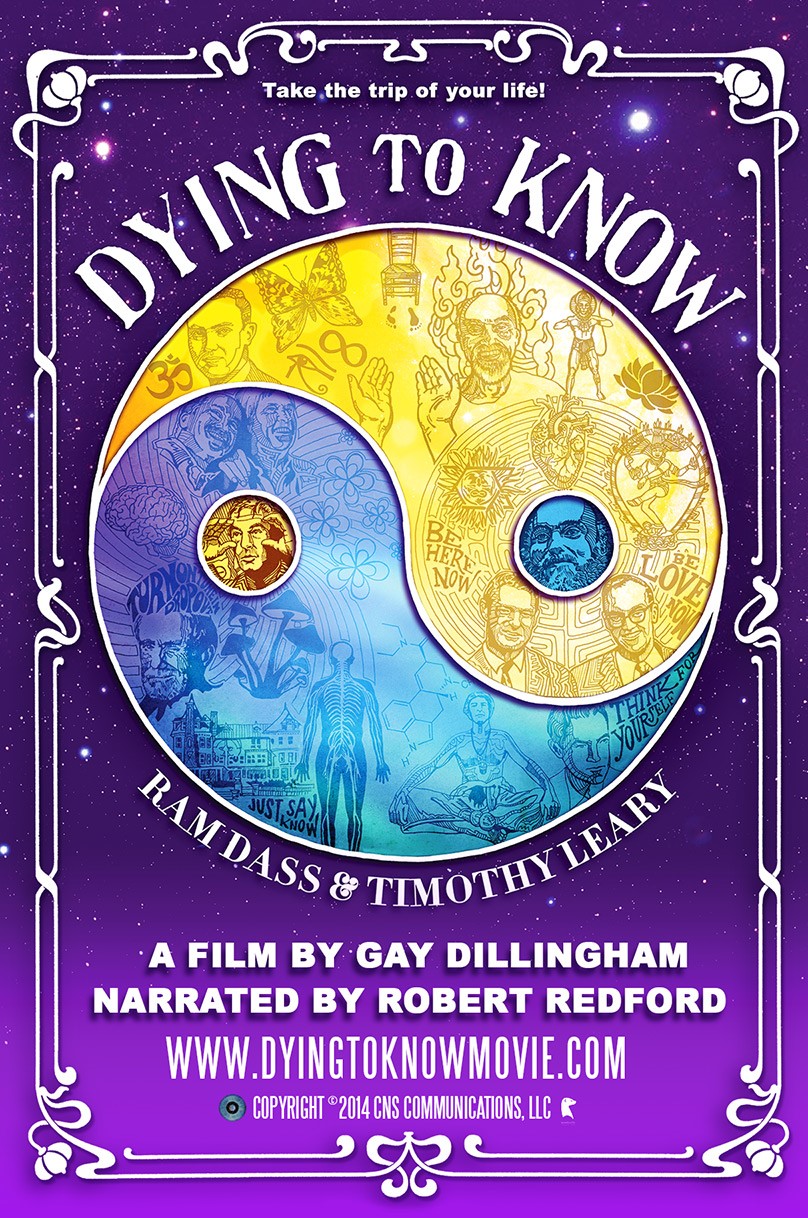