We're excited to announce that the trip keeps happening and will soon be rolling into Boulder, Colorado. Not only is Boulder Gay Dillingham's home town but it's also an epicenter of many historic events that helped blaze the trail for the alternative consciousness movement.

In 1974 Ram Dass put on some of his post cherished talks of his career based on the devotional path, seva and using the Bhagavad Gita as a mirror for ones own life and process. The talks were so good that they made their way into two released forms. One, as a 12 hour audio set called "Love, Service, Devotion" and two, as a book called "Paths to God" - for any Ram Dass fan these are essential ingredients in getting closer to Ram Dass in what was arguably him at his peak state. These talks were in partnership with the founder of Naropa, Trungpa Rinposhe.

Also, throughout the years Timothy Leary found Boulder to be a great vortex of like minded individuals that allowed him to stretch out and really make it one of his "home bases" on the touring road. Check out this great lecture from'83.

March 29th - a special single screening at the Naropa Institute. More information and ticketing links will be provided shortly so be sure to check back.

March 30th - we'll then move over to the Dairy Arts Center for a theatrical run.

Be sure to check back for ticketing links and post show speaker Q&A information! 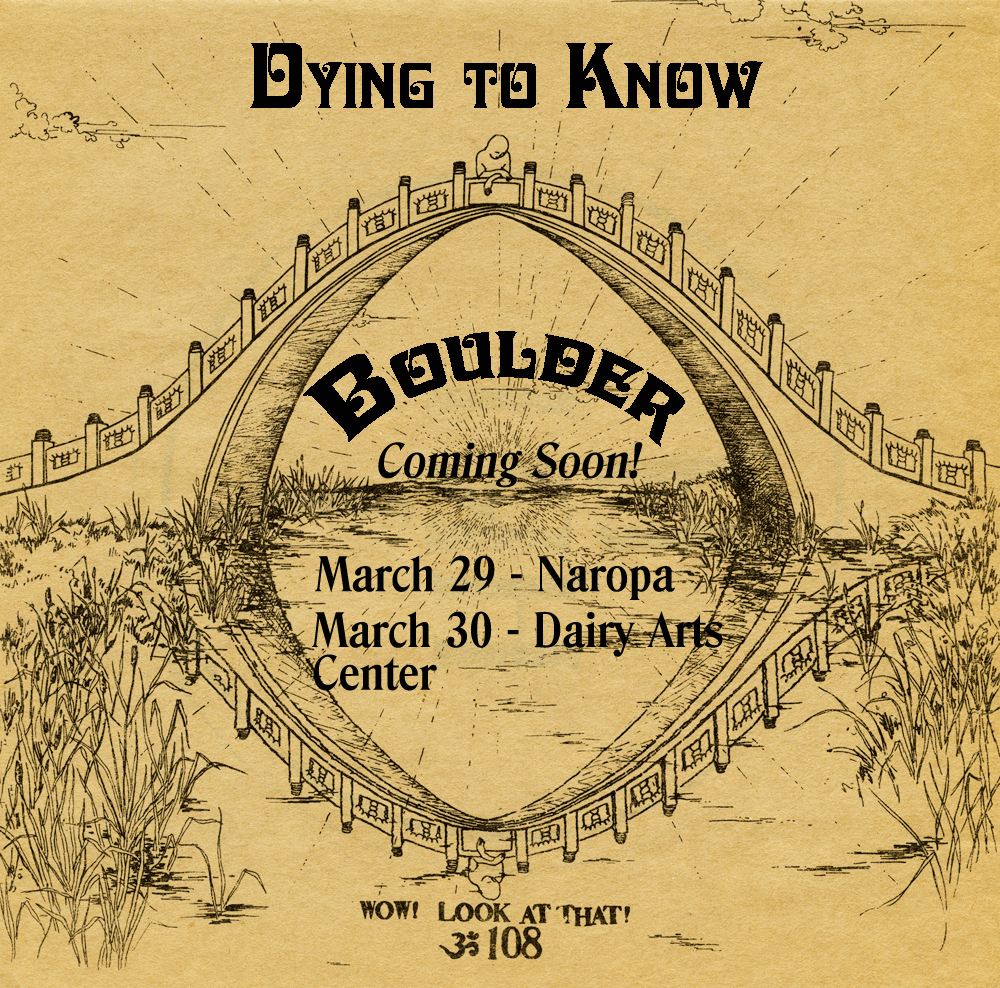